Sorry not Sorry. How to Live a Life Without Regrets 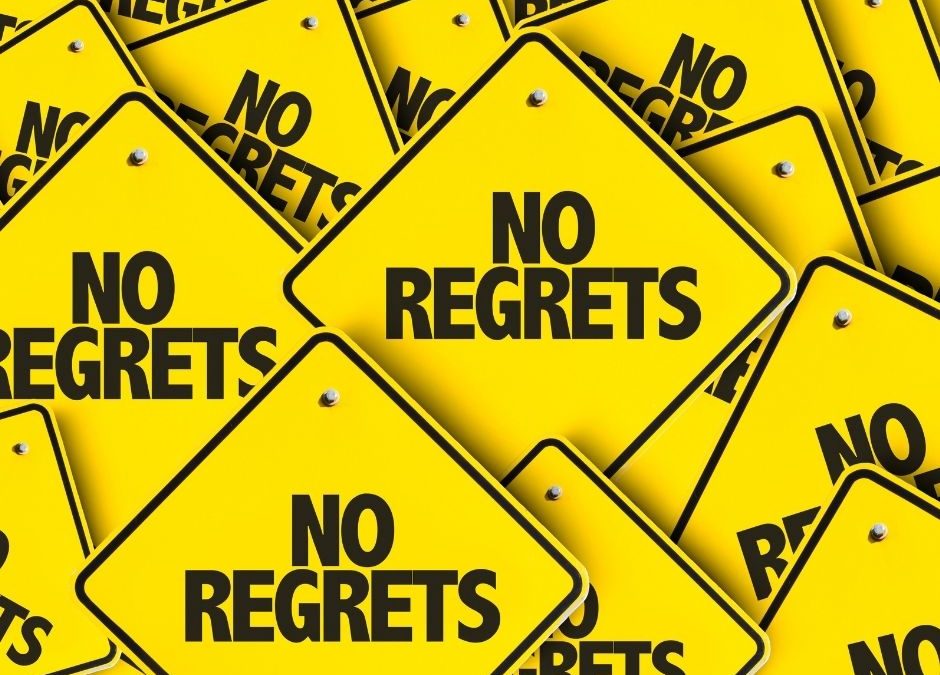 Life is short and then you die. Humans don’t particularly like to think about our own mortality, but not doing so occasionally keeps us putting off today what we think there will be a tomorrow for. Soon tomorrow turns into next month, next month into next year, and next year into a decade past.

As a nurse, I have had the honor and privilege of holding the hands of dozens of people as they go through the dying process. I have also met five people who have personally shared their near-death experiences with me. When someone is staring their own death in the face, they are not wishing they had a bigger house, spent more time at work, or spent less time with their families.

According to Bronnie Ware (Regrets of the Dying – Bronnie Ware), the five most common regrets shared by people nearing death were:

Morbid much? I don’t think so. In fact, if more people spent a little time considering that we only have a limited time here on earth, maybe they would stop worrying so much about trivial sh!t and waiting for the perfect time to go after their goals. As Eckhart Tolle says, the time is NOW! With no guarantee of tomorrow, not going after your dreams today may mean you never get the chance to go after them at all.

In some ways, experiencing so much death through my career has shaped me to become the person I am today. I am all about trying new things and taking some calculated risks to live life to the fullest. I like to say, “what the hell are you waiting for? You could be hit by a bus tomorrow”!

Dramatic? For sure. But the fact remains that we are all going to die, and I don’t want to be on my deathbed with regrets. Do You?

My personal philosophy is, we truly only regret the things we didn’t do. I use this as my motivation to stare fear in the face and go after my crazy impossible dreams. What is the worst thing that happens? I fail. So what? I would rather have tried and failed then never try at all and wonder what could have been.

This philosophy has served me well both personally and professionally. I have lived life and taken chances. Most of the time, those chances have worked in my favor. The ones that didn’t were some of the best lessons I have ever learned in life. Those experiences made me a better person and helped me grow and evolve.

Are you someone who holds back on living your life the way you genuinely want because you fear failure or taking risks? Are you afraid someone will judge you for going after your crazy dream? If you are ready to live life out loud and give the old middle finger to the haters, I can help.

I can teach you how to create the life you want. I can show you how managing your mind can make all the difference in the world to living an authentic life. You only get one (so far as I know). So, if you are ready to do some really daring sh!t, let’s chat.